« COP27: Countries and EU commit to ambitious cuts in food- and farm-related GHG-emissions

With the UN Climate Conference COP27 coming, more and more countries have committed to ambitious cuts in greenhouse gas (GHG) emission cuts from agriculture and food consumption. Nine countries including Germany, Netherlands, China, New Zealand, United Kingdom, Sweden, Denmark, Belgium and Italy and for the European Commission committed to at least two climate policies to reduce GHG-emissions from agriculture and two (climate) policies that help reduce GHG-emissions and carbon footprints of food consumption. This is shown by research from TAPP Coalition, to find out which countries or blocks could comply with the COP27 Climate Agreement on Food and Farming, an initiative launched at the first day of the COP27 Conference, with an overall goal to reduce GHG emissions from farms or food consumption by 30% by 2030. Countries that sign this agreement need to sign for at least two policies to reduce emissions from agriculture and two policies that help reduce emissions from food consumption (e.g. by promoting a diet shift towards more plant-based food). TAPP Coalition expects that countries that comply with the Climate Agreement criteria for at least four policies, will be the first to sign the Climate Agreement on Food and Farming.

In the overview below you can see which countries (including the European Commission on behalf of 28 countries) committed to reduce farm- and food related greenhouse gas emissions (links to policies can be found here).

The EU Commission proposed a climate neutral sector of agriculture, forestry and land use by 2035, in July 2021. As regards the Fit for 55 package, the negotiations are ongoing, probably to be finished soon during the Czech Presidency.

Food 3: The EU Finance ministers and the EU Commission allowed EU member states to apply a 0% VAT tariff on vegetables and fruits in December 2021. Countries like the Netherlands, Germany and Poland reacted with proposals to do so, in 2022.

Food 6: In Oktober 2021 the EU Parliament majority supported an amendment 27 to the EU Commision Farm to Fork Strategy about changing "Food Environment and Food Prices" with a VAT tax reform, saying: "Underlines that food prices must send the right signal to consumers; considers that true food prices, reflecting the true cost of production for farmers and also for the environment and society, are the most efficient way to achieve sustainable and equitable food systems in the long term". Amendment 27 says the EU parliament "supports giving Member States more flexibility to differentiate in the VAT rates on food with different health and environmental impacts, and enable them to choose a zero VAT tax for healthy and sustainable food products such as fruits and vegetables, as is already implemented in some Member States but not possible for all at this moment1a, and a higher VAT rate on unhealthy food and food that has a high environmental footprint".(We all know meat products are food products with the highest environmental footprint per kg).

Farm 2: the EU Commission provides agriculture subsidies, also for reducing GHG-emissions. The goal for EU agriculture is an EU-level greenhouse gas emissions reduction target of 40% compared to 2005, for the sectors not covered by the ETS, incl. agriculture (fit for 55 package).

Farm 4: ban the import and export of 6 agriculture commodities that are linked to deforestation.

Farm 5. In the Farm to Food Strategy (EU Green Deal for food & farming), announced tax incentives that could reduce consumption of food with high environmental footprints. The EU Commission wrote: “Tax incentives should also drive the transition to a sustainable food system and encourage consumers to choose sustainable and healthy diets. The Commission’s proposal on VAT rates (currently being discussed in the Council) could allow Member States to make more targeted use of rates, for instance to support organic fruit and vegetables. EU tax systems should also aim to ensure that the price of different foods reflects their real costs in terms of use of finite natural resources, pollution, GHG emissions and other environmental externalities”.

The Commission will carry out a study, to be published end 2023, to assess the polluter pays principle in relation to agriculture greenhouse gas emissions.

Netherlands Food 6
The agriculture minister financed pilot projects for catering and retail where consumers pay the true price of food including environmental costs. True Price – From Insight to Action and True Price Store in Amsterdam and catering at universities with differentiated, 'true food' prices

Netherlands Farm 3
The Netherlands signed the Global Methane Pledge for 30% emission reduction in 2030. This will lead to legislation, monitoring, and enforcement of maximum methane emissions from farms. See The Global Methane Pledge. The Dutch government Coalition Agreement announced to reduce livestock numbers (25 billion euro available till 2030). The Climate agreement for agriculture has reduction goals and will also help to reduce methane emissions.

Netherlands Farm 4
The EU Commission will ban food products related to deforestation The EU announces ban on commodities, including a beef and coffee import ban due to forest endangerment

China Food 2
The Chinese Government has established the first voluntary industry standard for plant-based meat alternatives, marking a significant step for the emerging plant-based protein sector in the Chinese market. Shirley Lu, managing director of ProVeg Asia, said: “First, it establishes the naming of plant-based “meat”.  Second, it specifically prohibits any use of animal-based oil and ingredients to ensure the integrity of the products.” Read more about the transition here: China Establishes Its First Voluntary Standard For Plant-Based Meat Products.

China’s Ministry of Agriculture and Rural Affairs also has promoted the lab-grown meat industry with the release of its official five-year agricultural plan (pdf in Chinese) on Jan. 26. For the first time, China included cultivated meats and other “future foods” like plant-based eggs as part of its blueprint for food security going forward. Read more about China’s move towards plant-based ‘future foods’ here: China’s New 5-Year Plan is a Blueprint for the Future of Meat.

China Farm 1
China is subsidizing farmers to reduce fertilizer use, while using more organic compost and improving the soil to sequester carbon

China Farm 1
China is subsidizing organic farmers. These measures are unparalleled around the world. They range from covering the cost of organic certification, to finding land, funding on-farm infrastructure and organic fertilizers, to training and marketing assistance.

New Zealand Food 3
New Zealand introduced programmes in schools which subsidise vegetables and fruits for lower income groups. Read more about the Fruit in Schools Programme and the Governments efforts to secure New Zealander's access to affordable and healthy food.

UK Food 1
The UK National Food Strategy mentioned a goal of 30% reduction of meat consumption by 2030. Read more about this objective here.

UK Farm 3
The UK signed the Global Methane Pledge for 30% emission reduction in 2030. This will lead to legislation, monitoring, and enforcement of maximum methane emissions from farms. The UK has also launched Britain’s Climate Change Act, containing the world’s first legally binding national commitment to cut GHG emissions, including agriculture which will be subject to an ETS regulatory framework. Read article here.

UK Farm 5
A Carbon border tax is likely to be introduced on meat and dairy in the UK after 2025. Read article here.

Sweden Food 1
Sweden announced to also include consumer based GHG-emissions reduction goals (including from imported products) into climate policies in addition to production based GHG-emissions. In this way plant-based low footprint diets (less meat) and other consumption changes will be encouraged. Sweden is about to become the first country in the world to report on carbon-based emissions and Sweden expands its climate goals

Sweden Food 2
More schools are cutting down on meat in school meals in an effort to help curb greenhouse gas emissions and boost students' health. By law school lunches only have to be free and nutritious, but the National Swedish Food Agency published guidelines in April urging schools to serve up more vegetables, while cutting down on meat centered meals. Read more about the transition to plant-based meals in Swedish schools here: The schools where meat is off the menu for climate reasons.

Sweden Farm 1
Conversion subsidies are being offered to Swedish farmers who look to employ biodiversity-enhancing practices on their farms, as well as those willing to convert to organic. Read article here.

Sweden Farm 3
Sweden signed the Global Methane Pledge for 30% emission reduction in 2030. This will lead to legislation, monitoring, and enforcement of maximum methane emissions from farms.

Belgium Farm 1
The Belgium government is offering financial incentives to 60 large livestock farmers to stop production by 2025. Read more about what the Government in offering here.

Denmark Food 1
Almost a third of Danes have cut down on their meat consumption levels, with the Government advocating for lower meat intake as a healthier option across Denmark. Read article here. Additionally, the Danish government announced in 2021 that it plans on spending 195 million dollars in order to boost plant-based production and encourage greater consumption of plant-based proteins. Read article here.

Denmark Food 2
The Danish government has begun discussing proposals that would require food manufacturers and supermarkets to put labels on products based on their environmental impact. It has been reported that the initiative is supported by the Danish Agriculture and Food Council, which recognizes that the move would potentially serve as an opportunity to promote best farming practices in order to reduce the nation’s carbon footprint. Read more about it here: Denmark’s Agriculture and Food Council Considers Labels Ranking Food’s Impact on the Climate.

Denmark Farm 3
Denmark signed the Global Methane Pledge for 30% emission reduction in 2030. This will lead to legislation, monitoring, and enforcement of maximum methane emissions from farms.

Italy Food 2
Roberto Cingolani, Italy’s Minister for the Ecological Transition, outlined an ambitious aim for Italy in becoming a leader of the sustainable transition. Moreover, the Minister stated that ‘the amount of animal protein consumed should be decreased and replaced with plant-based alternatives’’. His appointment to this role is hoped to sustain the transition. Read more about the Minister's ambitious aim here.

Italy Food 3
Italy’s progressive VAT tariffs means that Italian’s enjoy a 4% rate on fruits and vegetables, as well as cereals and grains, while the standard VAT remains at 22% for other goods. While animal products do remain in a lower rate (7-8%), Italy’s recognition that different goods should apply different VAT tariffs makes it a good example for other Member States. Read more here: Taxation in Agriculture - Italy

Italy Farm 1
Italy’s promotion of young people in farming has resulted in Italy recording the highest number of farmers under the age of 35 within the EU. Investigation into this phenomenon shows that younger farmers put a greater focus on environmental protection, with a large portion of these farmers favouring organic production. In response, more funding has been provided by the Italian government to support those entering the agricultural sector, continuing traditions in a sustainable, environmentally conscious manner.  Read more here: Europe’s New Farmers 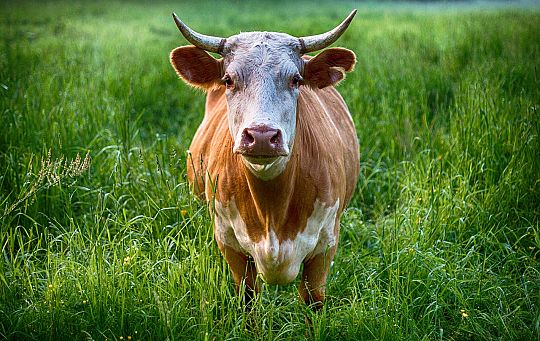